Matthew A. Breddan, earned his Bachelor of Arts from California State University, Fullerton, in Criminal Justice with a minor in Sociology. Thereafter, he obtained his Juris Doctorate Degree from University of La Verne, College of Law.

Mr. Breddan has been in the practice of law since 1994. While he started his career working for others, he later opened his own practice in the San Fernando Valley which was predominately dedicated to all aspects of family law. It is Mr. Breddan’s goal to achieve the best possible results for his clients and in the process, assuring that children are not used as “pawns” or bargaining chips to accomplish a goal or agenda of either party. Mr. Breddan volunteers his time sitting as a temporary judge, predominantly in the Santa Monica, San Fernando and Central Courthouses, as well as mediating in San Fernando, Van Nuys and the Central Courthouses.

In December 2013, Mr. Breddan joined the firm as a trusted shareholder and became head of the Calabasas office. Mr. Breddan was appointed as a Trustee to the San Fernando Valley Bar Association in 2016. Following his first year as Trustee, Mr. Breddan was successfully elected for a second term and looks forward to continuing to serve the members and uphold SFVBA’s service to the community. Mr. Breddan received the Martindale-Hubble’s highest peer rating, AV Preeminent, in recognition of his professional excellence in 2019 and 2020. In addition to his work in the legal community, Mr. Breddan is a board member of Haven Hills, a domestic violence organization. 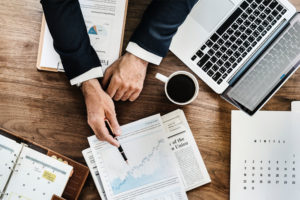 The Financial Aspects of Your Dissolution

What To Do If You’ve Experienced Domestic Violence

March 7, 2019
Domestic violence comes in many forms and can affect anyone, regardless of ...
Read More 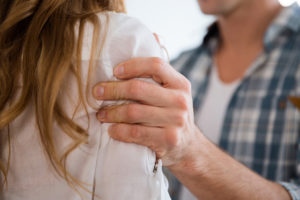 March 7, 2019
If you’re wondering if you can get a restraining order against your ...
Read More