Christine Reynolds Inglis, received her Bachelor of Arts Degree in journalism with a concentration in history from Indiana University, Bloomington, in 2002. She received a Certificate in Paralegal Studies from William Rainey Harper College in Palatine, IL, in 2003 and worked as a paralegal for a law firm in the Indianapolis area concentrating in bankruptcy, criminal defense, personal injury and family law for four years. She received her Juris Doctorate from Indiana University, Indianapolis, in 2009.

Ms. Inglis is a licensed attorney in Indiana who spent a year as the Staff Attorney for a small collection agency and three years as a sole practitioner focusing on family law, collections, bankruptcy, personal injury and civil cases. She relocated to the Los Angeles area and joined The Reape-Rickett Law Firm in January 2013 as a law clerk. Ms. Inglis was admitted to the California State Bar on December 3, 2014. 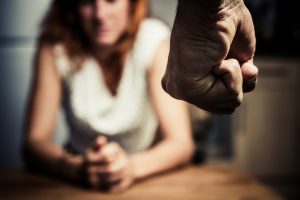 adminAugust 12, 2019
Domestic Violence is commonly recognized as physical or sexual violence perpetrated against a spouse, or other personal relationship ...
Read More 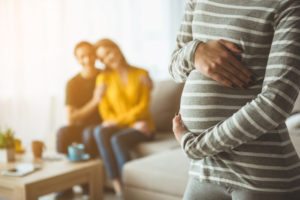 Why Would I Need a Sperm/Egg Donor or Surrogacy Contract?

adminMarch 7, 2019
Fertility issues are difficult enough on potential parents. Why add the stress and cost of obtaining a contract ...
Read More 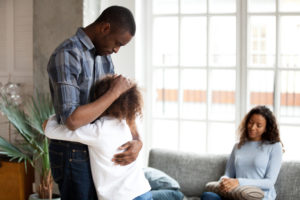 What is Co-Parenting and How Do I Co-Parent?

adminMarch 7, 2019
Co-parenting is a term used often in the area of Family Law, but what does it really mean? ...
Read More